The ‘Old Man’ flew Recon missions and
frontline paratroopers during WWII and Korea.

B-47 StratoJet nuclear bombers and NRO B-47s
on Soviet espionage missions during the Cold War. 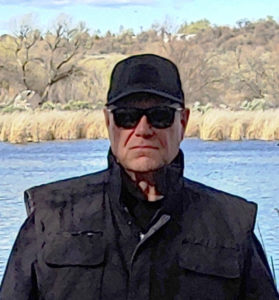 CW lives with his lovely wife Vicki, in Idaho.
Home is Snow capped Sawtooth Mountains.
Pristine river valleys. Sparkling lakes.
Where he writes about what he loves most.

—The Land of the Free
—Because of the Brave

Apologies to those that find fictional
characters or scenes far-fetched.

Excuse it for literary license...
CW Nelson is making a damned point.

RogueOps Military Political Action Adventures
The intent of RogueOps reality-based novels is to Provoke the reader. Anger the reader. Thrill the reader. Entertain. Not indulge and send delusional fools merrily on their way.

No...
RogueOps does not drive peacefully down the middle of the road. We grind gears, burn rubber and rampage all over the highway at 120 miles per hour. We drive off the road, smash through things and set the reader on fire.

All Rights Reserved. Reproduction in Whole or in Part in any Format Prohibited without Written Permission from the Author. Any person or persons in violation of United States or International Copyright Laws are subject to those laws and financial restitution for damages to the author's legal, personal or professional interests.